Important Notices: We currently have an opening for a Deputy Fire Marshal. Application deadline for submissions is 2/8/2023. Learn more > 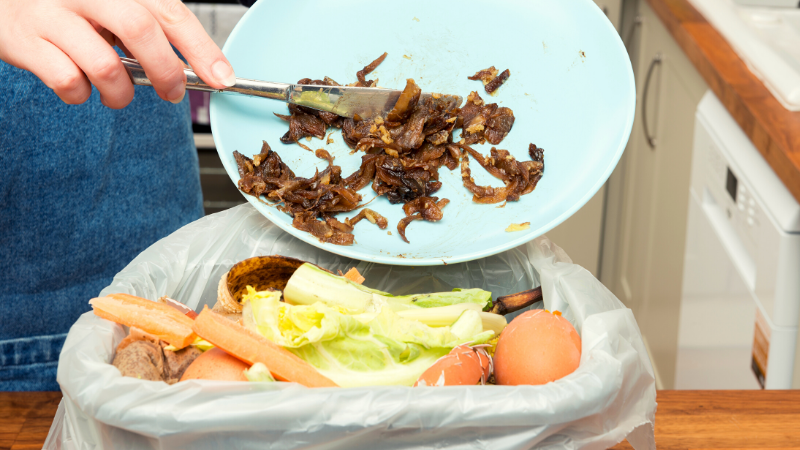 Why Separate Food Scraps From Your Trash?

Food scraps and yard waste (branches, leaves, grass and brush) should be managed separately from trash.  Your food scraps can be collected in any container (buy a food scrap bucket, reuse a large yogurt container or keep a plastic bag in the freezer).  Your collection method will depend on the quantity of food scraps that you generate, how often you want to empty and wash your container, and how you compost.  Keeping organics out of landfills will have a big impact on you and the environment:

* For information on creating and maintaining residential composting, refer to the many websites available to guide you.  Among others:

Municipal composting (locally a composting facility is being discussed)

Composting Tip:   In your composter, cover every bucket of food scraps (‘greens’) with three buckets of dried yard debris such as leaves, dry grass, sawdust or wood chips (‘browns’).  Covering food scraps with browns reduces odors and creates a good carbon to nitrogen ratio for soil bacteria and other decomposers to break down the pile.  Mature compost will look and smell like dark brown soil.